Normally after three years someone writes off their system and replaces it with a new one. But I am on a Mac, and they seem to last double the time. But for a three year old iMac that’s like being 60 in Internet years. I thought we’d celebrate that with an upgrade.

The Mac Pro from 2006 for example is still running strong. And the iMac from 2009 is now three years old is doing great as well. Sure, there is some wear and tear. I move the iMac around from room to room, and my family members borrow it from time to time (it’s like 24″ laptop without a battery, kinda mobile) and the screen is not as perfect as the day I got it. But it doesn’t feel sluggish, it didn’t need a fresh install to speed things up again, or any of that stuff. The only slow downs is from the OSX and third party app upgrades which demand a bit more from these machines.

I am sure the iMac lasts another couple of years, and to help that I am trying to take great care of it. Going from a 10.5 32bit kernel with 64bit support OSX to a full 64bit OSX Mountain Lion over the last few years, it’s now ready for a boost in memory.

For only 15 Euro I was able to get Apple’s latest OSX Mountain Lion from the Mac App Store which allows me to install it on any Mac in my household (awesome price, awesome fair-use policy). And the upgrade went smooth. It’s a true compliment to the hardware, and a much needed update to the previous OSX Lion. I now have an iPad and iPhone, so the integrated social network sharing features as well as iOS integration, and iCloud, to just name a few, help me complete my little Mac family. 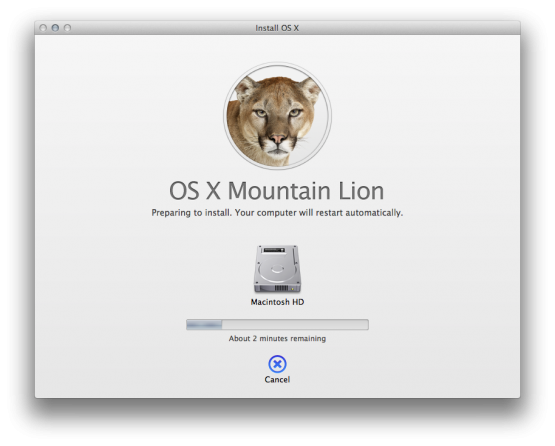 Step one to celebrate my three year old iMac by going properly 64bit has been completed. Onwards to step two.

Through everymac.com I found the full specifications of my iMac from early 2009, and learned how much memory I can put in, which is 8 GB max. The system came with four, so that’s perfect. And I went to macsales.com to find affordable ram from a reliable on-line store. 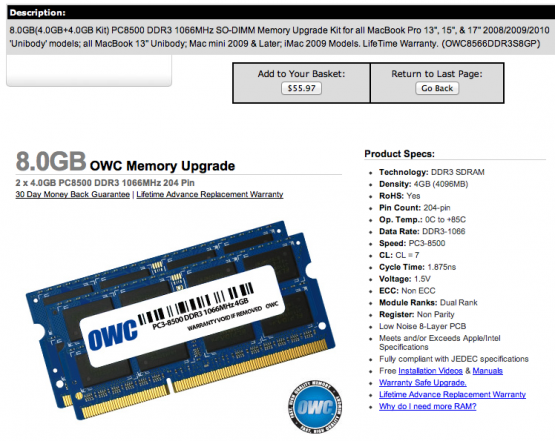 Woah, certainly cheaper than via the Apple.nl store, or any Dutch store for that matter. And it’s possible to purchase it via PayPal, awesome, and so I’ve placed my order. The delivery times are of course horrible, coming from the US, but that’s out of the hands of the macsales site. What’s also out of their hands is customs, which decided to deliver the memory with a 20 Euro tax bill. Granted, it’s still cheaper to order from this store than from a local one, but fuck you customs, .. fuck you. The hardware has hardly any weight, any size, and fits in an envelop. It’s only getting taxed because they can. I was very disappointed, and quite frustrated. But whatever.

I’ve tweeted to macsales expressing my frustration, who invited me to write it out in an e-mail so we could have a talk. Which I did. 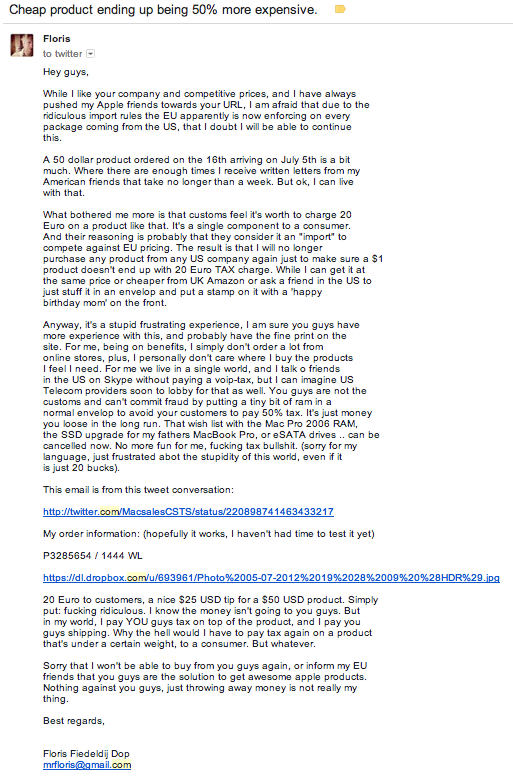 To which I got the following response (I’ve removed the name of the person that responded, as it’s not about that person or the company macsales, this is just me explaining my frustration over stupid twenty bucks)

I think we’re on the same page, and it’s just a shame that it is no longer really worth it for me to consider ordering something from the US or internationally, because you never know what kind of money you’d have to pay customs. And it’s not that I don’t want to pay tax where I owe it, it’s that I want to pay a set amount, and have no hidden costs. I rather pay $100 in the store on-line, over $50, knowing everything’s been taken care of and it just arrives within a week in my mail box. I couldn’t care less which part is an administration fee, shipping cost, import tax, or the actual product price. I just want to get something I feel is worth paying for, without any hassle.

Anyway, moving on. The memory arrived, in good quality, and it’s exactly what I ordered. And now that Mountain Lion has been installed and tested, I’ve shut down the machine and unscrewed one screw in the bottom to reveal the internal memory.

Removing it was very easy, and putting the new memory in place was equally easy. Locked it up again and booted the machine. 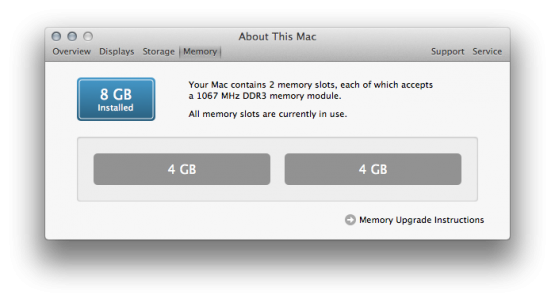 Excellent. Everything worked, and the system shows the full 8 GB. A little bit more breathing room for the newer OSX and third party apps. Making it a bit easier to last another couple of years, before it is ready to retire with a family member.

Anyway, despite my ranting about the customs issue that I run into, I am still an Apple fanboy that has a great computer hardware and software experience. And it’s clear there is a great support community around Apple such as everymac.com, macrumors.com’s forums, and macsales.com where I can find out all the info I need, in an easy way, with great support. And that the Apple products I buy stand the test of time and are a joy to use. I am glad I made the move in 2004, and still haven’t regretted it.