As a teen I always loved watching trailers in the cinema, to see what up-and-coming movies I could expect that summer. Some obviously disappointed, some blew my mind.

tl;dr In 2008 I made a post about which movies were looking quite promising. I thought it would be fun to look back now, and share which movies are currently on my radar.

I mentioned these movies:
– Cloverfield 2 — As far as I know: never happened
– Transformers 2 — Well, I guess if you’re 12 it’s awesome.
– Iron Man 2 — Actually, turned out to be pretty good!
– The X-Files 2 — They’re making one again now. Can’t be bothered.
– The Day the World Stood Still — I don’t even remember it.
– Star Wars: Clone Wars — Hello, the Force Awakens, pff.
– Terminator 4 — Big yawn, instead, I watched the first two again.
– Watchman — Turned out to be like Iron Man 2, pretty good.
– Max Payne — Booooooring. Disappointed.
– X-men: Wolverine — Nothing spectacular.
– War Games — Did they make a sequel yet?
– Star Trek — Oh yeah, the new one was pretty good.
– Tron 2 — As a geek, I liked it. Didn’t blow me away though.

No, to answer the question from 2008, no pants got wet. Nothing blew me away. Such a huge disappointment. And that scares me a little. We have great movies like The Martian, but it still isn’t so huge that everybody around me loved it. Some people found it boring, I found it amazing. And then there’s Star Wars, I will soon go see it. And of course, loads of people love it – but it had a mega history, so dunno how I will really feel about it.

The titles that have been coming by, they are easily forgotten. For some reason. And that’s a shame. Where is my Back to the Future, original Terminator, Die Hard and Indiana Jones movies. Why is it that I am not blown away anymore like I used to be?

I am looking forward to the Hateful Eight from Quentin, but I was blown away by Pulp Fiction. And I am excited about some sci-fi movies, but I have a feeling I won’t experience them like I did with the Matrix back in 1999.

Therefor, my apologies, it is fun to look back at that list from 2008, but .. taking a look at IMDb’s trailers page… there’s not really something on there that gets me all excited again. I guess I will go check Deadpool and other Marvel movies? 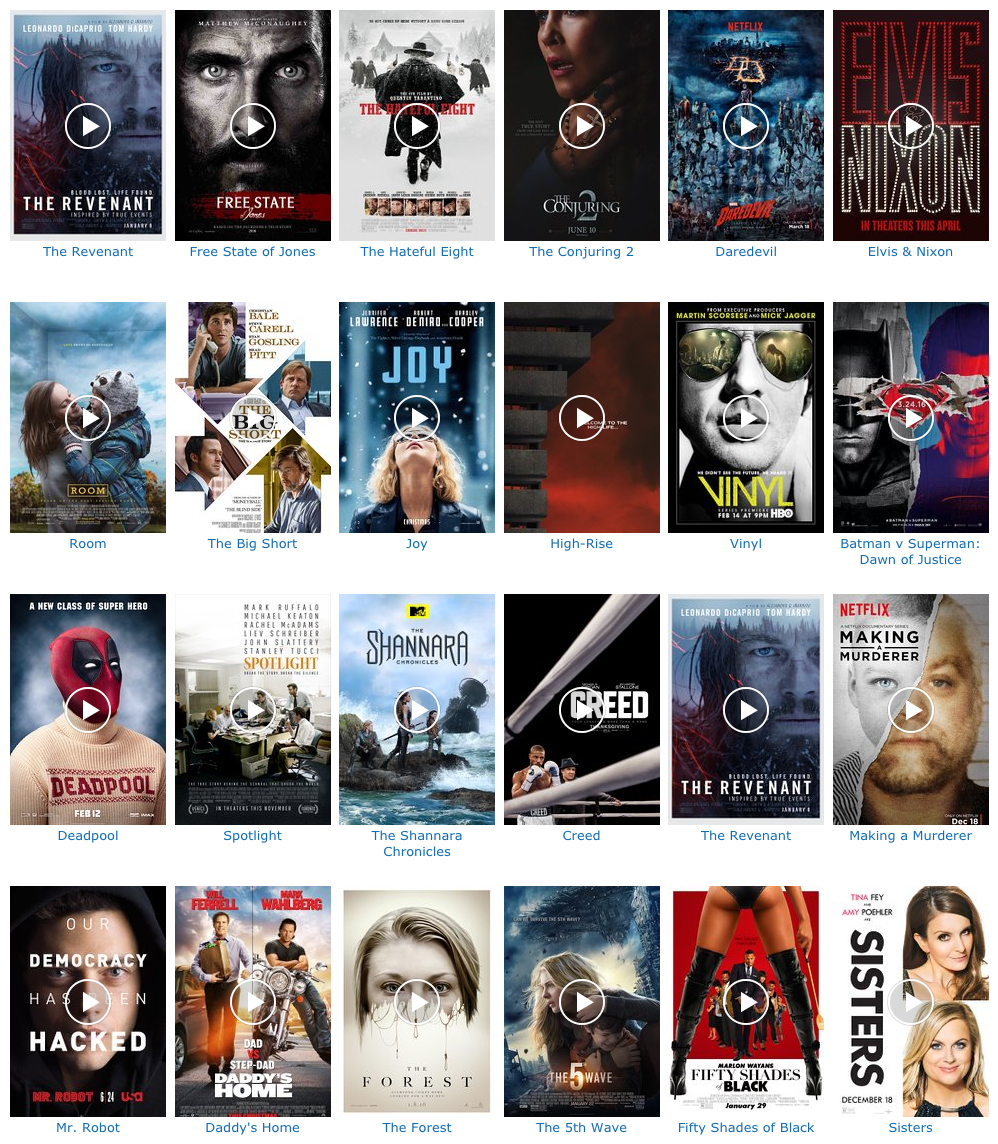