Going from an idea to something everybody in the world can just download with a click, that is a huge process. It’s not as easy as people might think. Normally someone is part of a bigger machine to make big things happen. Usually though with iOS, it’s just someone having a great idea and trying to take it from there.

tl;dr iOS development is close to my heart, and I love the culture and community behind it. This blog post is an interview with my friend Tim from iComics. 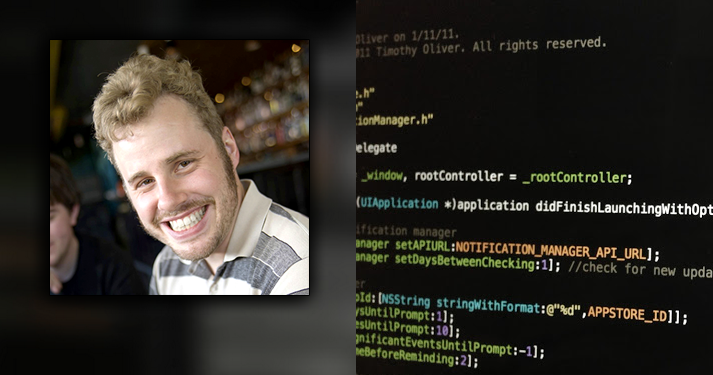 Steve Jobs introduced the iPhone in 2007, and it wasn’t just blowing us away, and it didn’t just change that industry. But it came with the option for everybody in the world with an idea to turn that idea into an app. First web apps, but quickly after via Objective-C and more recently with Apple’s own open-sourced Swift language.

The communication between user and developer / company has been a completely different experience to me on iOS then I’ve ever experienced before (with a few exceptions). Therefor I am always interested in talking to developers and companies behind great applications.

Interview with 29 year old Tim Oliver (homepage), gamer, artist, geek; from Perth, Western Australia. And you can find out more about his app on iComics.co.

Mainly known to me for being the passionate iOS developer behind iComics, a commercial comic reader app that I love to use. And I would like to know a little bit more about Tim and his app(s), so I asked him a few question. 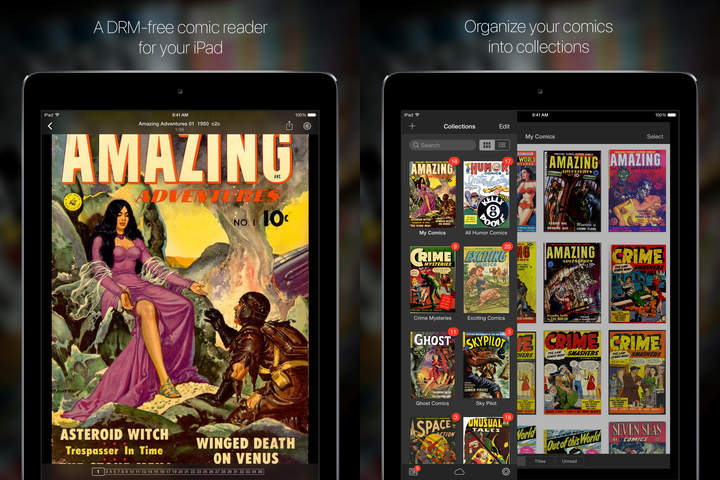 Floris: How have you been able to balance all the different things you have to do, from writing the code, to creating the icons on the page. From doing support to fixing bug?

Tim: Haha it’s been quite a challenge balancing all of the different aspects of the app. I’ve learned a lot along the way as I go. I’m not great at quickly changing contexts a lot, so more often than not, I’ll work on a different element (UI, business logic, asset creation, feedback etc) in discrete blocks.

Floris: Is there an equilibrium between the technical side of things and creativity?

Floris: How did iComic come about, how long ago did you decide to take the step to make something to actually release to the world?

Tim: Haha, back when I bought my iPad 1, I was really excited about reading comics on it. The screen seemed perfect for it. While there were already official comic apps at the time (e.g., Marvel), there weren’t very many readers for DRM-free comics. And the ones that were there were not that great. I thought it was a perfect niche in which to throw my own hat into the ring. 🙂 I think I made the decision to make a comic reader app at the end of 2010.

Floris: And what was one of the biggest hurdle to overcome that you perhaps didn’t expect, and how did you overcome it?

Tim: There’s been a lot of hurdles with building this app. I was still very new to iOS development when I started and I had a lot of assumptions about how things worked that turned out to be wrong. I think the biggest hurdle I faced was getting the app to run properly on the iPad 1. The original iPad only had a measly 256MB of RAM which meant that it wasn’t very feasible to store too many comic page images in memory at once without the app crashing. I’m really glad that’s not really an issue anymore (The new iPad Pro has 4GB of RAM!!)

Floris: Yeah, their A9 chips are amazingly fast, and everything is 64bit now too, and we’re finally getting gigs of memory. I am very excited about this!

Maybe I am completely wrong, but I’d like to hear your opinion about the following.

Being from Australia, do you find it difficult to be part of the developer culture and community, versus being in the middle of Silicon Valley? I can imagine networking, getting funding, advertising, talking business and making deals, etc. might be harder being a completely different continent.

Tim: Oh absolutely. If there’s one thing I’ve discovered visiting Silicon Valley from Australia is that the bar for everything is (as you’d expect) much much higher. It’s been a mad scramble for me these past few years to learn as much as I can to catch up. I’ve been told it’s very much worth moving to the Valley for a few years to immerse yourself in the knowledge and culture. 🙂

Networking and business is true too. While there are investment companies in Australia, a lot of them aren’t really interested in tech. Anyone in Australia who’s serious about getting their idea funded has probably considered moving to Silicon Valley at some point.

Floris: Yeah, I’ve noticed the same in the EU / Amsterdam here. One of the things I notice too with iOS is that Apple has requirements (sort of), guidelines, limits, etc. And a lot of new product releases. Another screen size, a new watch, an os for the TV, retina support (and landscape mode), etc. How much time goes into keeping both Apple and customers happy to support everything? And how do you decide it makes sense to release something for one product, but not the other?

Tim: Thankfully, Apple doesn’t actually force you to integrate their new features into your app (Although they’ll reward you with an App Store featured listing if you do!), but obviously customers are usually pretty demanding.

The last new Apple feature I added was iPad Pro support for the app, and that was very simple (It only took about an hour to do). Obviously the next feature to add would be the iPhone 6s 3D Touch capability, but I’m still working on that one. 🙂

The Apple Watch and Apple TV are whole new platforms, and ones that I’m not sure are suited for a comic reader, so I haven’t really looked into them yet.

Floris: I can imagine reading comics on that big iPad Pro is just a real one to one experience. Talking about experiences: When you receive customer feedback, good or bad, how do you process it. Do you try to respond to everybody or do you give it time and find a consensus and take it from there?

Tim: Haha I try to reply to as many messages as I get. The vast majority of the time, people ask for the same thing (e.g. integrated Dropbox support). At the moment, I reply to everyone by hand, but I feel like it might be getting to the point where I need to use an automated reply to some of them. A lot of people have commented that they like the specialised support for the app, so I’m trying to resist doing that for as long as possible.

Floris: Is it hard to say no and stay honest towards someone with a great idea? But you know it’s not within the spirit of the app or perhaps something you can’t do (say due to time restraint)?

Tim: Sometimes. I tell everyone I’ll consider their ideas, and if I do have to say no, I’ll make sure to explain exactly why. Time constraints aside, sometimes requests are just technically impossible, or don’t really align with the ‘comic book’ nature of the app.

Floris: What I’ve noticed lately is the discussion about ‘release often’. What do you do with iComics?

Tim: I hear that a lot too. I think the idea is so that people don’t forget about your app, you rapidly fire out updates that feature small incremental upgrades. I don’t really release too often with iComics. Since I work on the app in my free time, development is often quite slow, and the nature of releasing on the App Store means that every release you do needs to be very carefully thought out. This is something I want to improve over time, so I’m currently looking at ways to streamline development as well as automate more of the process.

Floris: I could ask you another dozen questions about just development alone, but I think that’s for another day. I really appreciate it that you took the time to answer my questions, and I will let you get back to developing this fantastic app in a second. Before you go … What’s next for iComics or Tim – Anything you can share yet?

Tim: Thanks a lot Floris! I’m really honoured you wanted me to do this! 🙂 Hahah well, at the moment, my main priority is to just get Dropbox and SMB support into iComics. That is the main killer feature everyone keeps asking for. After that, I’m considering doing a massive overhaul to the app, including a more modern UI, rewriting all of the really old code, as well as potentially maybe even changing the name. We’ll see. 😀

Floris: Oh, that sounds exciting! By the way, please tell me iComic has an easter egg in it!

Tim: Hahahahah, actually, there’s nothing like that in there! I totally should! Got any suggestions? 😀 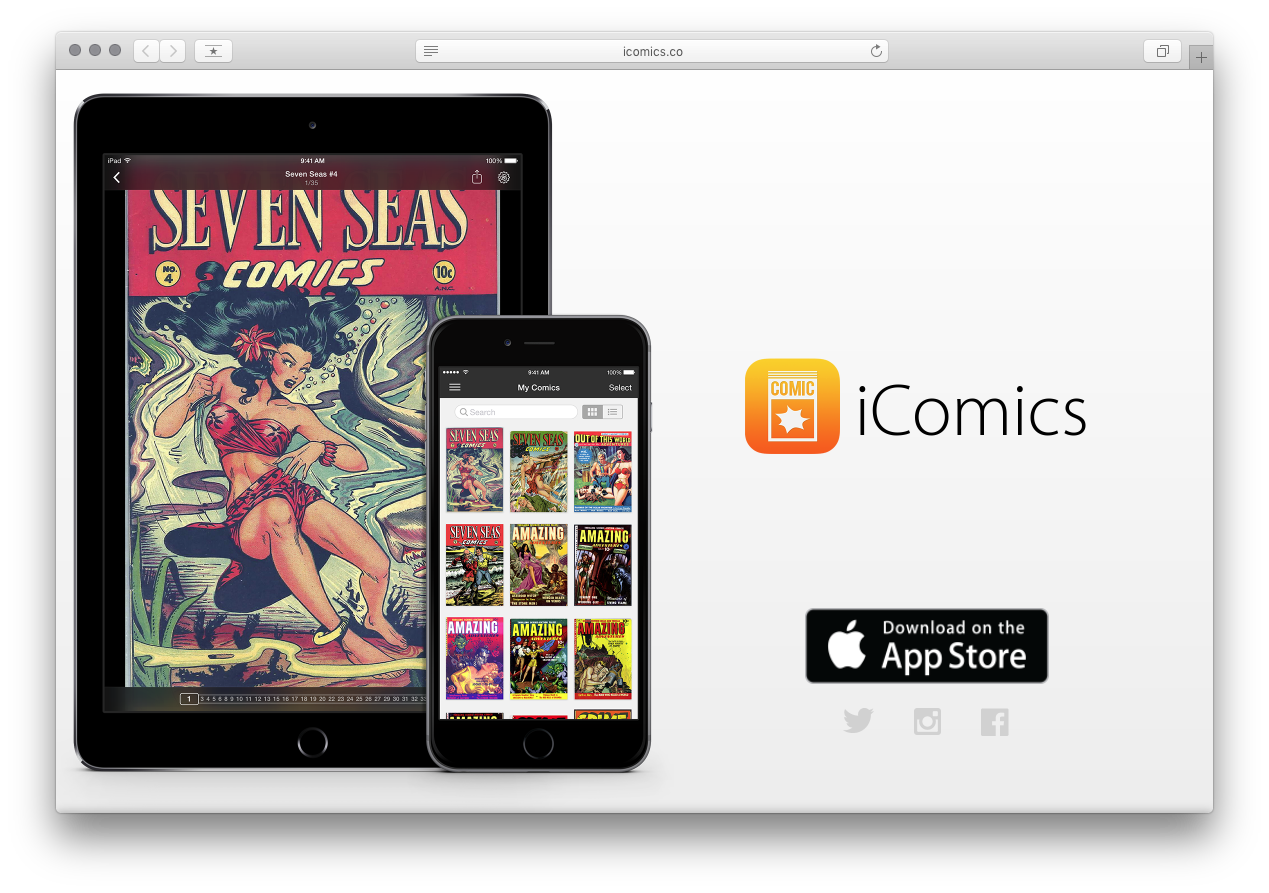