It has been quite a few years that I have been enjoying Scrubs and I am following with anticipation the news if they get an 8th season or not, or if the 7th one is really the last one. Let’s hope for the better. But despite chatting about it on forums I have also received the episodes from s01 to s07. 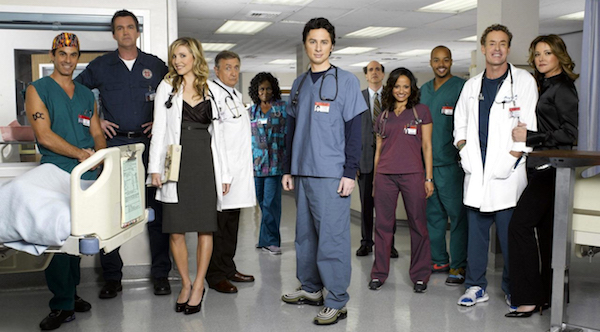 I am spending an hour a day revisiting the seasons. I am now with season one and closing on on season two. It’s quite good and good for a laugh or two. I totally recommend if you are a fan to do the same and rewatch some episodes once in awhile. It’s worth it.

Scrubs certainly is not a big blockbuster comedy like House M.D. but it is certainly worth the time and there has not been an episode that gave depth to the characters and a good laugh.

I will just assume this is it .. that when we soon get the last episode from season seven that .. that’s it. But I do keep hoping it will be moved to ABC network and get an 8th season.